Can Erectile Dysfunction Cause Premature Ejaculation? 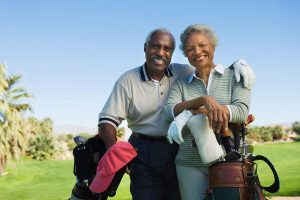 Many people don’t realize that erectile dysfunction can lead to premature ejaculation, which can negatively affect your sex life and relationships.

In this article, we’ll explore the link between these two common conditions as well as treatment options available for both. If you think you have erectile dysfunction or premature ejaculation, reach out to our team. We can help identify the underlying cause and provide customized treatment plans tailored to your lifestyle.

Erectile Dysfunction and Premature Ejaculation May be Connected

While erectile dysfunction and premature ejaculation are two different medical conditions, they do share many similarities. Also, as we will see from this article, there’s a lot of evidence that suggests a link between the two, as many people who experience one will also experience the other.

First, let’s discuss what each of these conditions are and some of the differences between the two.

What is Erectile Dysfunction?

ED can be caused by many different things, including underlying physical and psychological conditions. Some of the most common causes of erectile dysfunction include conditions that reduce blood flow to the penis. For instance, heart disease, clogged blood vessels (atherosclerosis), high blood pressure, and obesity. Erectile dysfunction may also be caused by damaged nerves, such as from uncontrolled diabetes. Other physical causes include hormone imbalances, such as low testosterone, which can lower libido.

What is Premature Ejaculation?

Some signs you may have premature ejaculation include:

As you can see, there are important differences between ED and premature ejaculation. However, keep in mind that you might suffer from both conditions at the same time. In fact, untreated erectile dysfunction may be the underlying cause of premature ejaculation for many men.

Researchers are still studying why this may be the case. However, one potential explanation is that erectile dysfunction leads to a habit of ejaculating early that can be hard to break. This essentially means that ED may be the underlying cause of premature ejaculation.

Many men may feel rushed to orgasm quickly if they know that their erection won’t last very long. This may be consciously or unconsciously done. Over time, that may become your “new normal” and can be a difficult practice to break. In this way, ED can cause premature ejaculation.

What are Other Causes of Premature Ejaculation?

For instance, some other common causes of premature ejaculation include things like:

Sildenafil is one of the most common therapies for erectile dysfunction. It works by inhibiting the PDE5 enzyme, allowing more blood to flow into the penis with arousal and stimulation. It helps address ED caused by physical problems that reduce blood flow, such as heart disease and clogged arteries. However, evidence suggests that it may also improve symptoms of premature ejaculation.

Another study from 2007 also found improved results for men with premature ejaculation taking sildenafil. In this study, the researchers divided men with premature ejaculation into three groups. One group took sildenafil, one took a common SSRI used for depression and anxiety, and the other used a different treatment called the squeeze method (which we’ll describe in the next section).

Compared to the other two groups, the men in the sildenafil group saw improvements in all the parameters the researchers looked at, including intravaginal ejaculatory latency time (basically how quickly one ejaculates during penetrative sex), premature ejaculation severity, intercourse satisfaction, and intercourse frequency.

Of course, there is no one-size-fits-all solution for treating any medical condition, including premature ejaculation. Our providers can help you find the right treatment options for your needs.

Some other common treatment options include:

Talk to Our Providers About Erectile Dysfunction and Premature Ejaculation

Your sexual health is an important part of your overall health and quality of life. If you’re suffering from sexual dysfunction like erectile dysfunction and premature ejaculation, it’s important to know that help is available.

Our team at Low T Center offers total men’s health management solutions for you. We help identify and treat underlying causes of your symptoms. Our custom treatment plans are designed specifically with you in mind and our team offers ongoing monitoring to optimize your treatment.

For convenient, affordable, and high quality health care for men, choose our team for your needs. Get in touch now to schedule an appointment and see how our providers can help you improve your health and your life as a whole.