Home » Unsanitary Things We do Without Thinking

Unsanitary Things We do Without Thinking

Trying to Stay HEALTHY During the Holidays?

In the United States, we are hyper-aware of cleanliness. It’s rare to find a mom that doesn’t have a bottle of hand sanitizer to whip out at a moment’s notice. That’s not to say it isn’t necessary, the world is a pretty disgusting place. Even though there is the debate that all the Purell going around is lowering 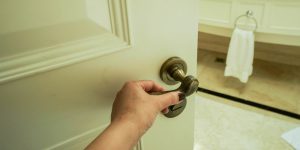 everyone’s natural immune system, most would personally appreciate having some handy after touching the knob of a public bathroom door. Recognizing where the germs accumulate the most seems to be pretty straight forward (like that bathroom door knob at the office), however there are a few day-to-day activities that are way more gross than you might realize. Below are some of these seemingly unhygienic things most of us do without giving it a second thought. Hopefully these will make you think twice in efforts to stay healthy during the holidays!

Blowing Out Your Birthday Candles

Not to be a total buzzkill, but there really needs to be another way to celebrate birthdays – a healthy way. I know, it’s a tradition as old as time. Everyone sings happy birthday and the birthday guy or gal blows out the candles on the cake. Unfortunately, when the special someone makes their wish, they are spreading more than birthday cheer. Unknowingly, a ton of bacteria is being transferred onto the icing with that wish, turning that cake into nothing less than an edible petri dish. Even though it’s rare for people to get sick from the germs that get blown onto the cake’s surface, it’s still pretty gross to know you are eating little kid spit. Try giving them their own small cake to do the whole candle thing on, while you serve your guests unscathed cupcakes. 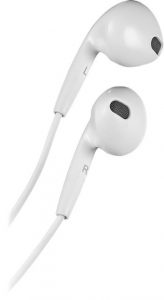 Since nowadays headphones are typically earbuds, sharing them is pretty unhygienic. These tiny, little sound carriers go straight into the ears, not only covering the surface with sticky earwax, but transferring potentially harmful bacteria along with it. One bacteria in particular, called pseudomonas aeruginosa smells like grapes (gag) and can cause sepsis, while another named streptococci causes ear infections. At the end of the day, sharing headphones is not only

gross, but actually risky. This is something you should teach your kids not to share.

Eating At The Buffet

What about a buffet? An unlimited supply of food, a cornucopia of regional cuisines and no shaming when going back for thirds (or fourths), the American buffet is an amazing invention. Unfortunately, it turns out it is also amazingly contaminated. Despite the well-known sneeze guard, food-borne diseases have the ability to run rampant in a buffet, with the possibility of infecting everyone eating from it. From E.coli to Salmonella, food illnesses can be very dangerous, so if you do decide to eat from the buffet, use disposable cutlery and bust out that Purell between courses.

Just a few #ThursdayThoughts to help you stay healthy through the holidays!

Diabetes Can Increase Your Risk for Erectile Dysfunction

Is There a Connection Between Sleep Apnea and ADHD?